BOC Sciences offers various types of liposome-based nano-gene vectors for our customers. All liposomes are prepared under sterile conditions.

Liposomes were discovered in 1965 by Alec D Bangham when he observed phospholipids dissolved in water using electron microscopy. In 1968, the term "liposome" was formally proposed by Sessa. As a representative carrier, liposomes are widely used in the field of pharmacy, physics, chemistry, etc.

Liposomes are artificial membranes with a thickness of 5-7 nm and a diameter of 25-500 nm. When phospholipids are dissolved in water at high temperatures, hydrophobic tails converge and reach the air while hydrophilic heads merge with the aqueous phase. After stirring, closed vesicles with a bilayer structure are formed. Inside the vesicle, drugs with different polarities can be encapsulated, thus facilitating the penetration of polar macromolecules into the membrane. Furthermore, bilayer materials for liposome preparation can be either bilayer phospholipids spontaneously assembled in water or bilayer phospholipids formed after mixing and stirring. These phospholipids are usually categorized as Phosphatidylcholine(PC) and Phosphatidylethanolamines(PE). Currently, the most frequently used phospholipids for liposome preparation are lecithin and cholesterol. 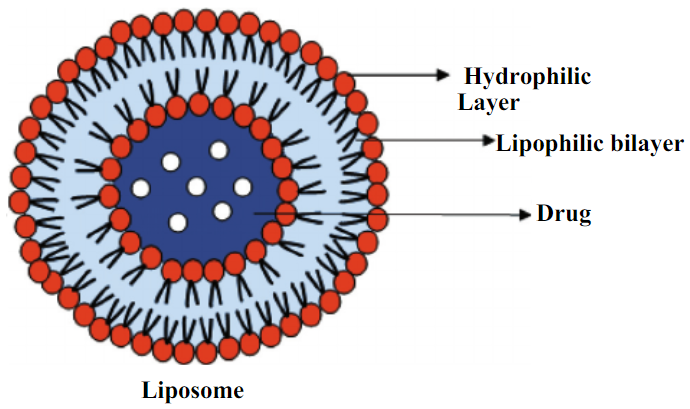 The nano-liposomal vector is a novel and effective gene delivery system where liposomes can carry plasmid DNA when combined with nanomaterials. The principle of action is that amino groups affected by pH in the molecular structure can neutralize negative charges of DNA and form a relatively small plasmid DNA. Thus, nano-liposome materials encapsulate DNA to avoid nuclease degradation.