Fluorescent liposomes are a new type of fluorescent marker by unilamellar liposomes encapsulated and surface-immobilized fluorophores to image flow profiles in microfabricated structures, which are popular in liposome-related experiments as a negative control marker.

Fluorescent liposomes are divided into five categories according to different fluorescent dyes: 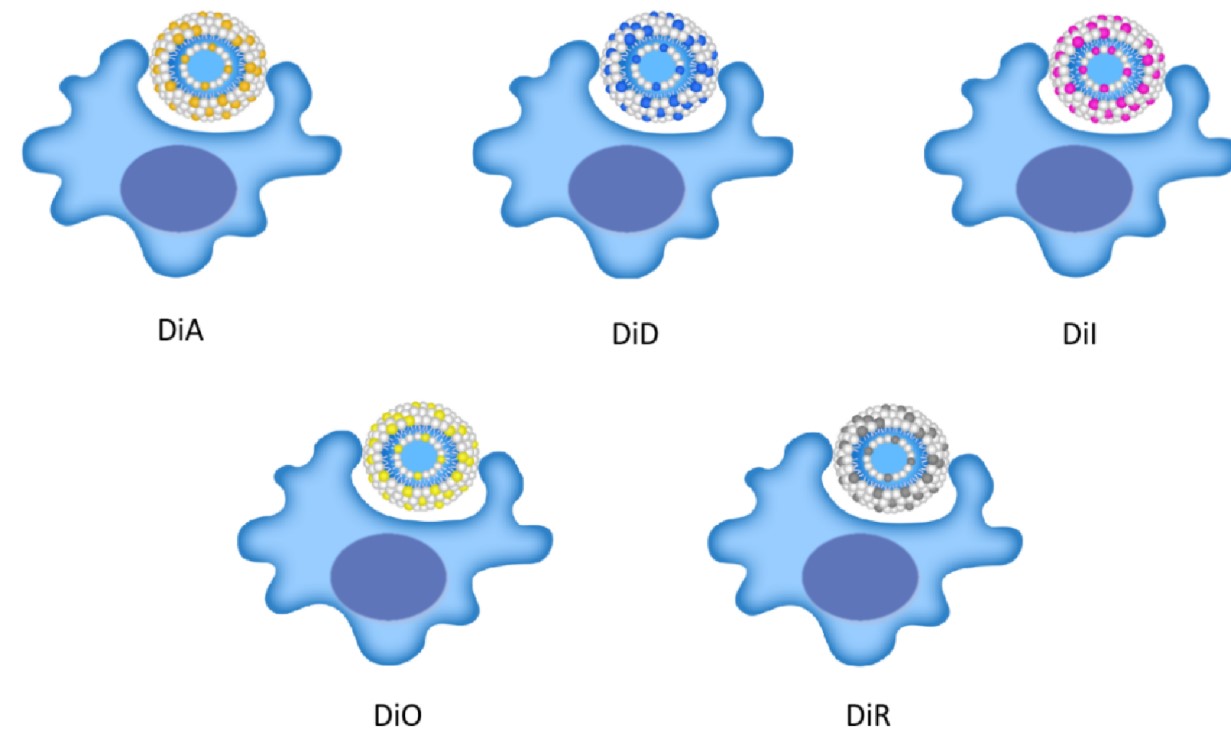 The excitation and emission wavelengths of these fluorescent dyes cover a wide range of wavelengths from 300s to 900s. One of them, DiA, has a broad emission spectrum and can detect green, orange and even red fluorescence if different filters are used. DiI, DiO, DiD and DiR, on the other hand, all belong to the family of dialkylcarbocyanine compounds, whose spectral properties are independent of the length of the alkyl chain and depend on the length of the heteroatoms and connecting bridges in the terminal ring system. They have very high extinction coefficients, moderate fluorescence quantum yields and short excited state lifetimes (~1 ns) in a lipid environment. The fluorescence excitation and emission maxima of DiI and DiO are separated by ~65 nm and can be used for two-color labeling. Depending on the fluorescence characteristics of the different dyes, fluorescent liposomes with trichromatic or even pentachromatic displays can also be developed.

Fluorescently labeled liposomes are produced using phospholipids and cholesterol by extrusion through polycarbonate membranes. During preparation, hydroxyfluorescein was added to its water quality core and specific fluorescent dyes were added to the lipids, allowing the lipids in the bilayer to be labeled with fluorescein, resulting in fluorescently labeled liposomes with maximized fluorescence intensity. It is important to note that the formulation needs to be configured so that the final liposomes have a net negative charge to reduce self-aggregation and to be able to interact with the equally negatively charged channel glass surface to maintain the stability of the liposomes. The resulting liposomes are dispersed in solution as single molecules, are neutrally buoyant and hydrophilic and do not exhibit adsorption on the glass surface.